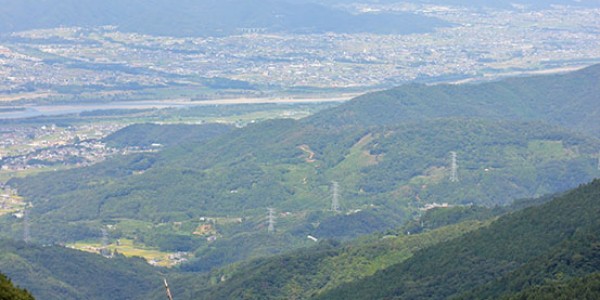 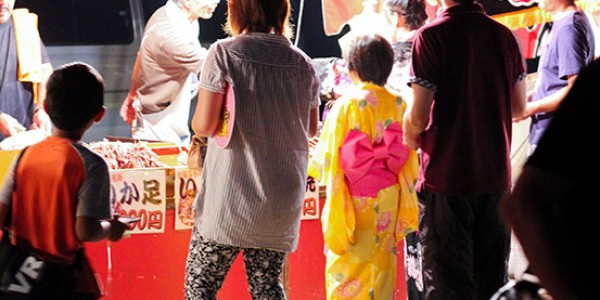 This city, created in 2004, takes its name from what is perhaps the most famous river in Shikoku and certainly the longest: the Yoshino River. It is the fourth largest city in Tokushima Prefecture.

Before 2004, the city was actually four cities. Kamojima was the largest with about 20 000 inhabitants, then Yamakawa with 11000, Kawashima with 6000 and the mountain village of Misato with under 2000.

Though Yoshinogawa is administratively one city, the limits between each town are still distinctly felt and locals associate with that town or an even smaller area much more than they do with the larger city. 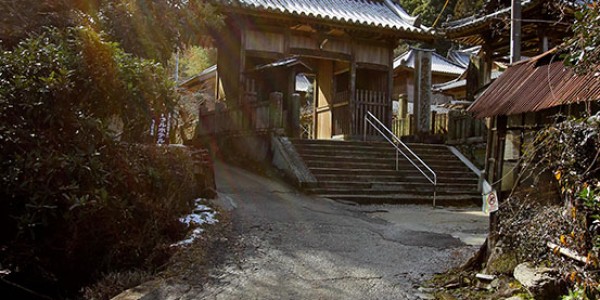 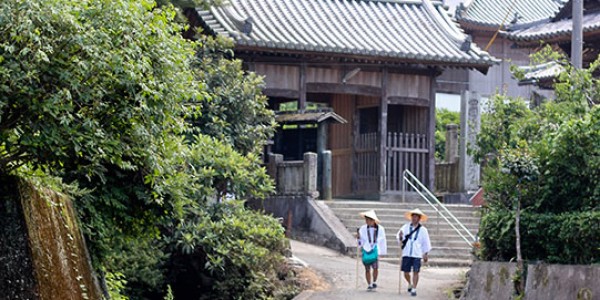 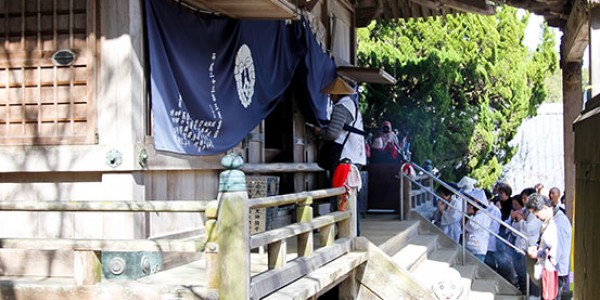 Kamojima, meaning duck island, is the largest of the four and has its fair share of stores and restaurants, mostly concentrated along the 192, the main road that crosses Tokushima from East to West.

Kamojima has a few sites that are worth seeing if you happen to be in town at the right time.

In early April, the best place in Kamojima from Hanami is Egawa Park, a few minutes walk from the station. There is also an onsen near Egawa park.

Perhaps the most notable sight in Kamojima is Fujiidera temple, number 11 in the 88 temple pilgrimage. The wooden temple is lovely and there is a long train that leads up the mountain to temple number 12 starting from there. From late April to early May, abundant wisteria turns the area by the entrance of the temple a vibrant purple.

In June, there is a festival in town to honor Gokurou-san. A famous comedian who was from Kamojima.

In August, Kamojima hosts its own version of Awa Odori with stalls along EkimaeDoori and many local dancers. At the festival ends one day later than the Tokushima version, some rens also come to perform in Kamojima on the last day. 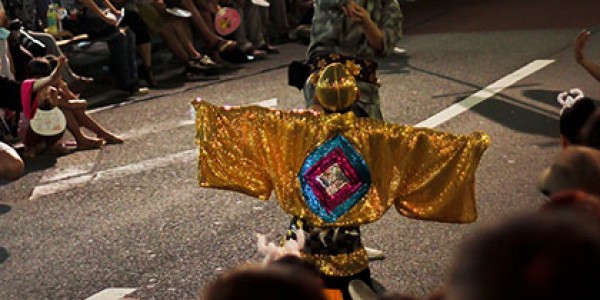 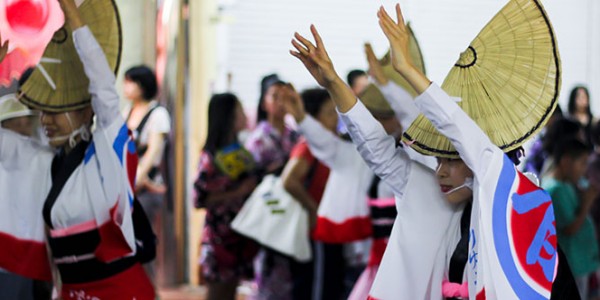 In late October, the local shrine holds a harvest festival. The city is also decorated with Chrysanthemums. A large display is set up near city hall and large Chrysanthemum dolls are displayed in front of the station.

All year round, the cultural center behind the station hosts exhibits and various events from tea ceremony to ikebana and concerts.

Restaurants in the area: 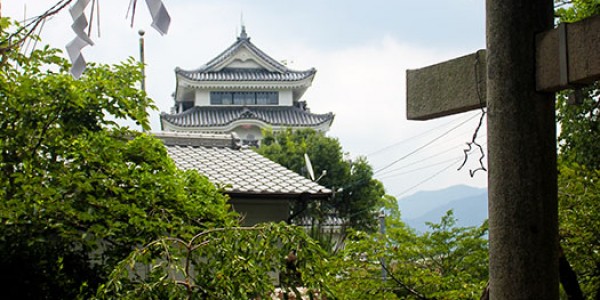 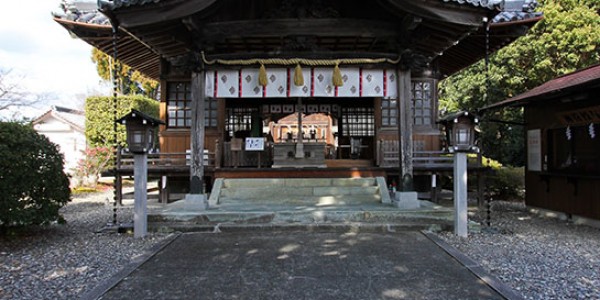 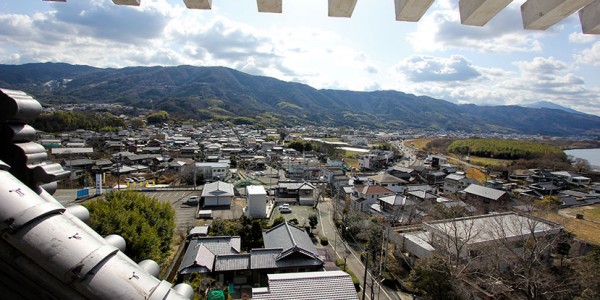 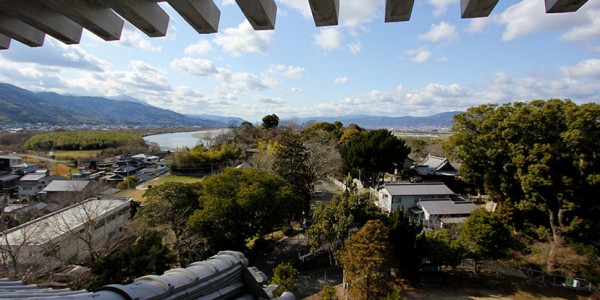 Much smaller than its neighbor Kamojima, Kawashima is somewhat lacking in restaurants and is mostly residential. There is however a castle you can climb to the top of to get a good view of the surrounding areaand the Yoshino river. There are also suits of armor and other artifacts displayed in that castle and the nearby temple is small but charming.

The castle is a lovely spot during cherry blossom season. 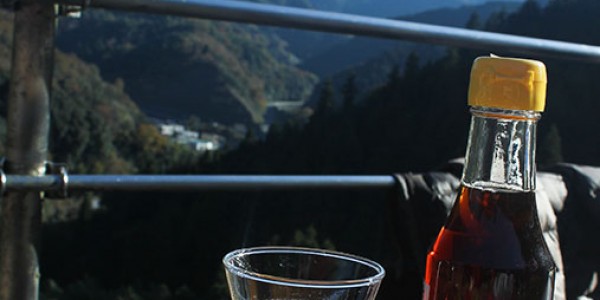 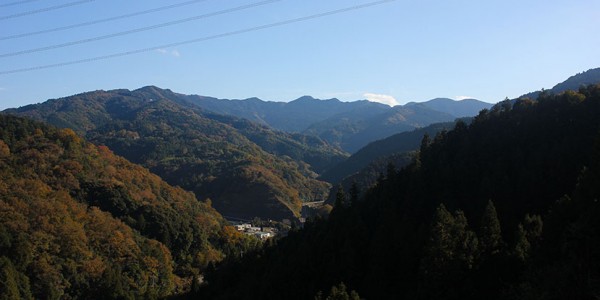 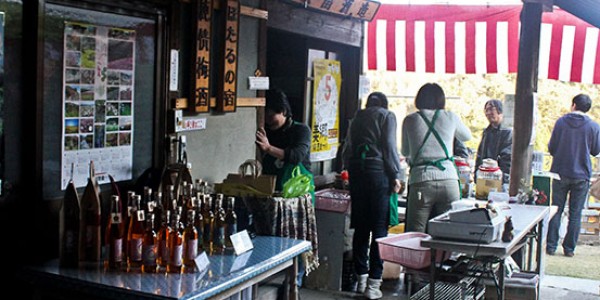 Misato is known around here for its umeshyu (plum wine). In late February/early March, the plum trees are in bloom. In Late March/early April, it’s the cherry blossoms that are in bloom. In June, the village is known for its abundant fireflies.

In November, Misato hosts a wonderful plum wine festival to show off its local production with free shuttles to and from various producers and to Yamakawa station. The plum wine is delicious, the view splendid and the fall colors vibrant.

Try : The plum wine and every other plum related product around. 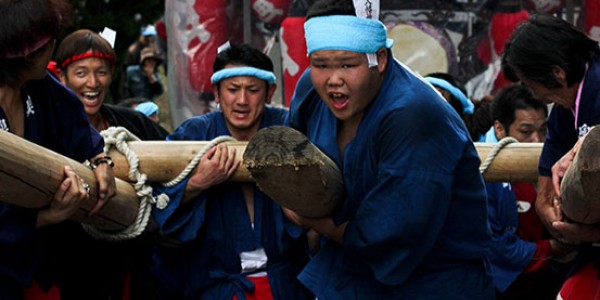 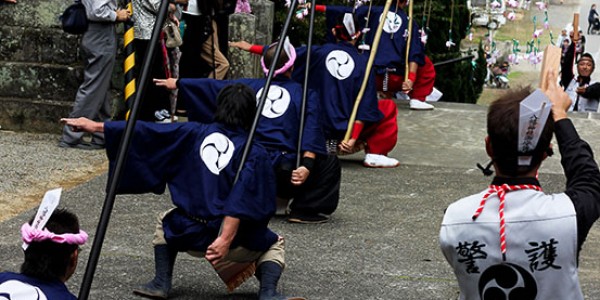 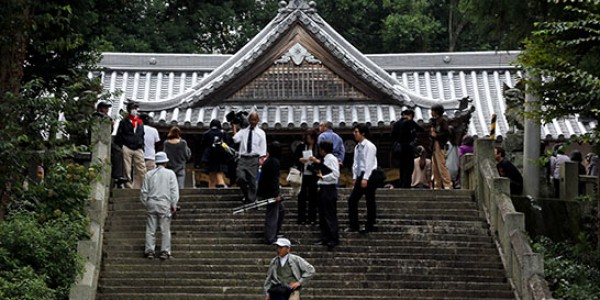 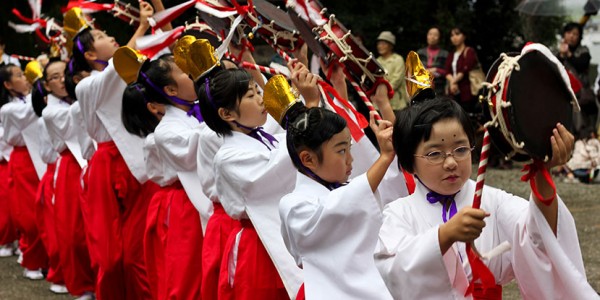 Yamakawa is the most western of the towns that form Yoshinogawa city.

Some of the sights include the Yamakawa Awagami Paper Factory where you can make paper. The factory also hosts occasional weekend workshops on paper making and sells many paper products. This factory makes some of the best washi (Japanese paper) in Japan.

In October, one of the local shrines, the Kawata Hachiman shrine, holds a harvest festival where many local men carry large portable shrines weighing over a ton down steep steps to the sound of music. Another event is a traditional dance performed by local young girls. As with any festival, you can buy takoyaki, yakisoba and the likes. 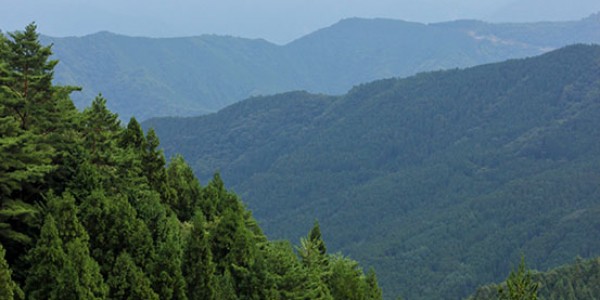 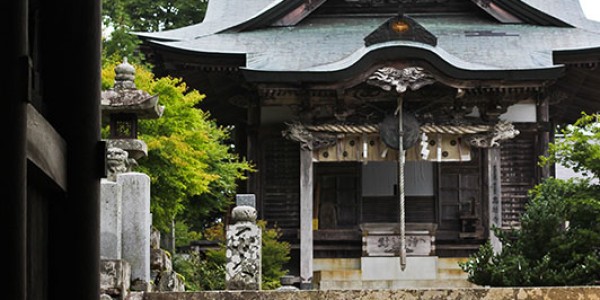 One more sight near Yamakawa is Mt. Kotsu, one of the tallest mountains in Tokushima, which offers beautiful views of the surrounding mountain range, an isolated temple which I dare you to find, and abundant azaleas that turn the mountain red in late May/ early June.