Before getting a phone

Can I just bring my current phone with me?

No. Most US and Foreign phones don’t work in Japan without some fairly advanced knowledge. If you are reading this, then it is probably not something you want to tamper with. They will get no 4g, and most will be limited to 2g actually due to Japan’s different networks. Exceptions are made for certain Unlocked International Editions of phones if you purchased those. If you’re confident enough for this, you should not be reading this FAQ.

Okay, so what about getting a new phone in Japan?

Right now, iPhone and Android are called iフォン and スマートフォン respectively. All carriers also offer simple flip phones, which can be had at a fraction of the cost of a smartphone. All Japanese cell phones come with an Earthquake and Tsunami alert system installed. It is useful for keeping safe, though it will scare you when it goes off in the middle of the night.

There are three big carriers in Japan you see in most areas:

AU
AU has a huge network. Coverage is neck and neck with docomo.
doCoMo
docomo has a huge network. It has coverage similar to AU.
Softbank
Softbank offers most major model phones. It is the smaller of the three and is the budget option. Coverage, however, can be a bit spottier than on the other two.

There’s also Rakuten, a sort of opt-in service where you get a sim-card from the internet. A few JETs swear by it, and you can learn more about it here: RakutenMobileGuide

Currently, it is this FAQs unofficial position to recommend you ask your predecessor or someone placed in your town which service they would recommend. Coverage varies in different areas, so those placed in the mountains might want to use a different provider than someone located in Tokushima City.

AU, doCoMo, and Softbank now all offer phone unlocking. If you wish to take the phone you purchase here back to your home country at the end of your contract, take a look at the links above to see which company would be best for you. If this is not an issue for you, or you do not wish to take your phone with you when you leave, then do not worry.

Speak with a JET in your area before choosing a provider.

Coverage depends on your area. Every coverage situation is different. Your employer or CO will probably help you get a cell phone if you ask. Don’t feel pressured to agree to their first suggestion if you’d like to look at another company first or want a specific phone. Many teachers are still using flip phones and may just recommend the carrier they are most familiar with. AU, doCoMo, and Softbank all offer some English support.

Many departing JETs will be more than willing to part with their phones, so you may be able to snatch one up on a deal. However like in the states, you forgo some signup bonuses when you bring in your own device, and may actually find it to have been cheaper to buy a new device with your contract when starting here. This is case by case, so do your research.

After getting your new phone

For apps to help learn Japanese, see the FAQ here

Changing the Language on your New Phone 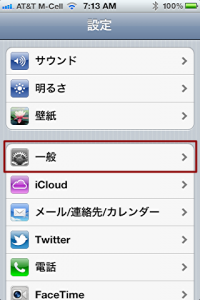 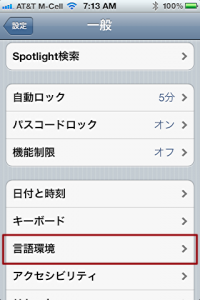 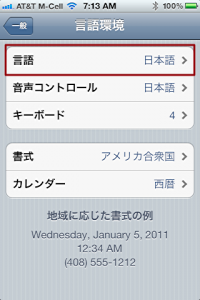 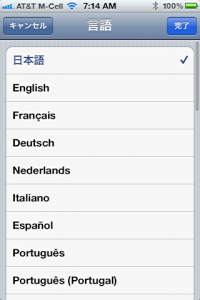 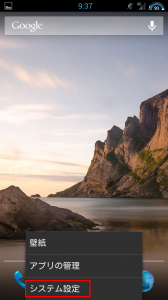 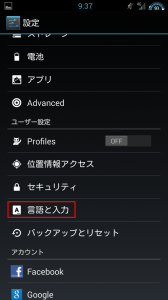 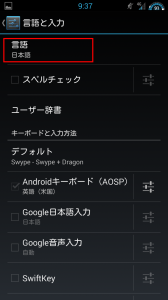 These are apps for Android that can change some aspects of the phone to better suit your needs. Specifically, Keyboards, and Launchers. iPhones do not yet allow 3rd party keyboards or springboards, unfortunately.

Your phone will ship with a Japanese keyboard built in using 9-key input for the Japanese characters. If you are used to this from owning a Japanese flip phone or are fine learning it, fantastic! However, if you would prefer to use a standard QWERTY keyboard for all input including Japanese, this editor recommends Swype
Swype
This recommendation is based solely on the fact that Swype supports both English and Japanese with it’s swiping gestures. If you don’t know what I mean or have never seen it, watch the video on the store page. Naturally, you can always tap type as well.

On Android, the “Launcher” is the program that is your home screen, and your app drawer. Basically what you interact with 99% of the time when you are switching between things. You can install another Launcher to change the feel of your phone and alter it’s appearance drastically if you choose, make it cute, etc. For some examples on how varied these get:

By default, your phone will come with either your manufacturer’s launcher (HTC Sense, Samsung Touchwiz, LG, Sony, etc) or the docomo Palette UI launcher. It’s recommended you look into alternatives if you find your phone to feel a little slow, or dislike how it organizes things by default:
Apex: https://play.google.com/store/apps/details?id=com.anddoes.launcher&hl=en
Nova: https://play.google.com/store/apps/details?id=com.teslacoilsw.launcher&hl=en
These are two of the most popular and quickest launchers at the time of writing, though there are hundreds or ones to choose from. Launchers are unique, and you can find guides for setting them up by googling.