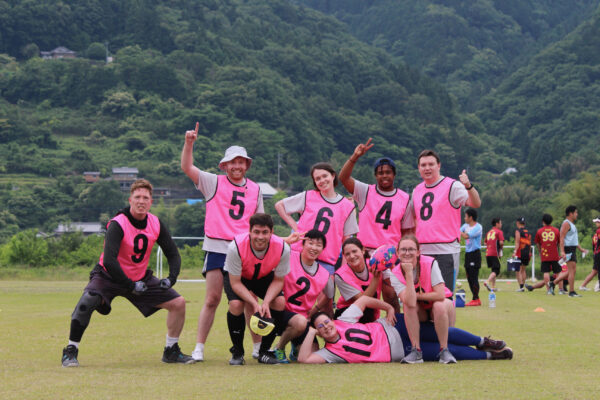 Edit on September 6th, 2022: A member of the Ehime Goonies wrote about the tournament on the Ehime AJET blog.

After the first day of the tournament, we had dinner with the Ehime JETs at a local izakaya that Chris recommended called Prison.

Thank you to Ralph, Luke, Abby, Ashley, Tina, Keenan, Mac, Chris, Sophia, and Mao for representing Tokushima JETs at this tournament. We hope to see you at next year’s tournament!